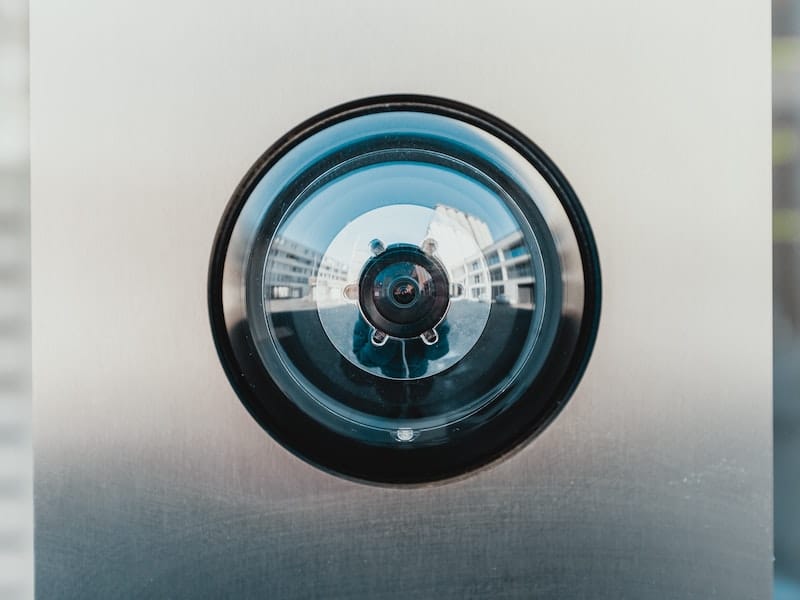 Posted at 16:06h in News by Peiffer Wolf
0 Likes
Share

Mr. Ton-That — an Australian techie and onetime model — did something momentous: He invented a tool that could end your ability to walk down the street anonymously, and provided it to hundreds of law enforcement agencies, ranging from local cops in Florida to the F.B.I. and the Department of Homeland Security.

His tiny company, Clearview AI, devised a groundbreaking facial recognition app. You take a picture of a person, upload it and get to see public photos of that person, along with links to where those photos appeared. The system — whose backbone is a database of more than three billion images that Clearview claims to have scraped from Facebook, YouTube, Venmo and millions of other websites — goes far beyond anything ever constructed by the United States government or Silicon Valley giants.

Federal and state law enforcement officers said that while they had only limited knowledge of how Clearview works and who is behind it, they had used its app to help solve shoplifting, identity theft, credit card fraud, murder and child sexual exploitation cases.

Until now, technology that readily identifies everyone based on his or her face has been taboo because of its radical erosion of privacy. Tech companies capable of releasing such a tool have refrained from doing so; in 2011, Google’s chairman at the time said it was the one technology the company had held back because it could be used “in a very bad way.” Some large cities, including San Francisco, have barred police from using facial recognition technology.

But without public scrutiny, more than 600 law enforcement agencies have started using Clearview in the past year, according to the company, which declined to provide a list. The computer code underlying its app, analyzed by The New York Times, includes programming language to pair it with augmented-reality glasses; users would potentially be able to identify every person they saw. The tool could identify activists at a protest or an attractive stranger on the subway, revealing not just their names but where they lived, what they did and whom they knew.

And it’s not just law enforcement: Clearview has also licensed the app to at least a handful of companies for security purposes.

“The weaponization possibilities of this are endless,” said Eric Goldman, co-director of the High Tech Law Institute at Santa Clara University. “Imagine a rogue law enforcement officer who wants to stalk potential romantic partners, or a foreign government using this to dig up secrets about people to blackmail them or throw them in jail.”

Facial recognition technology has always been controversial. It makes people nervous about Big Brother. It has a tendency to deliver false matches for certain groups, like people of color. And some facial recognition products used by the police — including Clearview’s — haven’t been vetted by independent experts.

Clearview’s app carries extra risks because law enforcement agencies are uploading sensitive photos to the servers of a company whose ability to protect its data is untested.

In addition to Mr. Ton-That, Clearview was founded by Richard Schwartz — who was an aide to Rudolph W. Giuliani when he was mayor of New York — and backed financially by Peter Thiel, a venture capitalist behind Facebook and Palantir.

“I’ve come to the conclusion that because information constantly increases, there’s never going to be privacy,” Mr. Scalzo said. “Laws have to determine what’s legal, but you can’t ban technology. Sure, that might lead to a dystopian future or something, but you can’t ban it.”

Mr. Schwartz and Mr. Ton-That met in 2016 at a book event at the Manhattan Institute, a conservative think tank. Mr. Schwartz, now 61, had amassed an impressive Rolodex working for Mr. Giuliani in the 1990s and serving as the editorial page editor of The New York Daily News in the early 2000s. The two soon decided to go into the facial recognition business together: Mr. Ton-That would build the app, and Mr. Schwartz would use his contacts to drum up commercial interest.

Police departments have had access to facial recognition tools for almost 20 years, but they have historically been limited to searching government-provided images, such as mug shots and driver’s license photos. In recent years, facial recognition algorithms have improved in accuracy, and companies like Amazon offer products that can create a facial recognition program for any database of images.

Mr. Ton-That wanted to go way beyond that. He began in 2016 by recruiting a couple of engineers. One helped design a program that can automatically collect images of people’s faces from across the internet, such as employment sites, news sites, educational sites, and social networks including Facebook, YouTube, Twitter, Instagram and even Venmo. Representatives of those companies said their policies prohibit such scraping, and Twitter said it explicitly banned use of its data for facial recognition.

Another engineer was hired to perfect a facial recognition algorithm that was derived from academic papers. The result: a system that uses what Mr. Ton-That described as a “state-of-the-art neural net” to convert all the images into mathematical formulas, or vectors, based on facial geometry — like how far apart a person’s eyes are. Clearview created a vast directory that clustered all the photos with similar vectors into “neighborhoods.” When a user uploads a photo of a face into Clearview’s system, it converts the face into a vector and then shows all the scraped photos stored in that vector’s neighborhood — along with the links to the sites from which those images came.

By the end of 2017, the company had a formidable facial recognition tool, which it called Smartcheckr. But Mr. Schwartz and Mr. Ton-That weren’t sure whom they were going to sell it to.

Maybe it could be used to vet babysitters or as an add-on feature for surveillance cameras. What about a tool for security guards in the lobbies of buildings or to help hotels greet guests by name? “We thought of every idea,” Mr. Ton-That said.

One of the odder pitches, in late 2017, was to Paul Nehlen — an anti-Semite and self-described “pro-white” Republican running for Congress in Wisconsin — to use “unconventional databases” for “extreme opposition research,” according to a document provided to Mr. Nehlen and later posted online. Mr. Ton-That said the company never actually offered such services.

The company soon changed its name to Clearview AI and began marketing to law enforcement. That was when the company got its first round of funding from outside investors: Mr. Thiel and Kirenaga Partners. Among other things, Mr. Thiel was famous for secretly financing Hulk Hogan’s lawsuit that bankrupted the popular website Gawker. Both Mr. Thiel and Mr. Ton-That had been the subject of negative articles by Gawker.

In February, the Indiana State Police started experimenting with Clearview. They solved a case within 20 minutes of using the app. Two men had gotten into a fight in a park, and it ended when one shot the other in the stomach. A bystander recorded the crime on a phone, so the police had a still of the gunman’s face to run through Clearview’s app.

They immediately got a match: The man appeared in a video that someone had posted on social media, and his name was included in a caption on the video. “He did not have a driver’s license and hadn’t been arrested as an adult, so he wasn’t in government databases,” said Chuck Cohen, an Indiana State Police captain at the time.

The man was arrested and charged; Mr. Cohen said he probably wouldn’t have been identified without the ability to search social media for his face. The Indiana State Police became Clearview’s first paying customer, according to the company. (The police declined to comment beyond saying that they tested Clearview’s app.)

Clearview deployed current and former Republican officials to approach police forces, offering free trials and annual licenses for as little as $2,000. Mr. Schwartz tapped his political connections to help make government officials aware of the tool, according to Mr. Ton-That. (“I’m thrilled to have the opportunity to help Hoan build Clearview into a mission-driven organization that’s helping law enforcement protect children and enhance the safety of communities across the country,” Mr. Schwartz said through a spokeswoman.)

The company’s main contact for customers was Jessica Medeiros Garrison, who managed Luther Strange’s Republican campaign for Alabama attorney general. Brandon Fricke, an N.F.L. agent engaged to the Fox Nation host Tomi Lahren, said in a financial disclosure report during a congressional campaign in California that he was a “growth consultant” for the company. (Clearview said that it was a brief, unpaid role, and that the company had enlisted Democrats to help market its product as well.)

The company’s most effective sales technique was offering 30-day free trials to officers, who then encouraged their acquisition departments to sign up and praised the tool to officers from other police departments at conferences and online, according to the company and documents provided by police departments in response to public-record requests. Mr. Ton-That finally had his viral hit.

In July, a detective in Clifton, N.J., urged his captain in an email to buy the software because it was “able to identify a suspect in a matter of seconds.” During the department’s free trial, Clearview had identified shoplifters, an Apple Store thief and a good Samaritan who had punched out a man threatening people with a knife.

Photos “could be covertly taken with telephoto lens and input into the software, without ‘burning’ the surveillance operation,” the detective wrote in the email, provided to The Times by two researchers, Beryl Lipton of MuckRock and Freddy Martinez of Open the Government. They discovered Clearview late last year while looking into how local police departments are using facial recognition.

According to a Clearview sales presentation reviewed by The Times, the app helped identify a range of individuals: a person who was accused of sexually abusing a child whose face appeared in the mirror of someone’s else gym photo; the person behind a string of mailbox thefts in Atlanta; a John Doe found dead on an Alabama sidewalk; and suspects in multiple identity-fraud cases at banks.