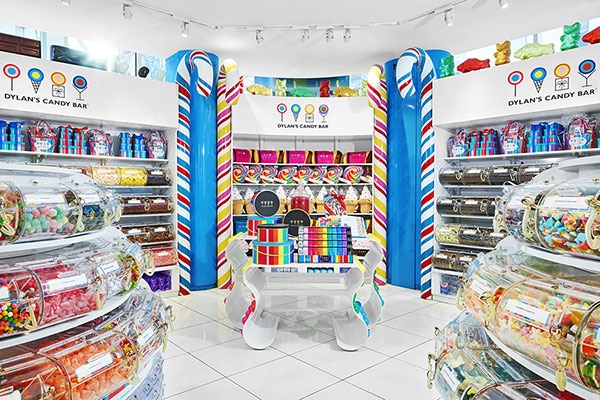 Posted at 15:14h in News by Peiffer Wolf
0 Likes
Share

The Michigan Avenue candy shop, owned by the daughter of fashion designer Ralph Lauren, is accused of violating privacy law concerning fingerprints collected when workers punched in at the beginning of their shifts.

In April, Damien Woodard sued the Michigan Avenue candy shop, owned by the daughter of fashion designer Ralph Lauren, alleging the store’s owners violated the Illinois Biometric Information Privacy Act by failing to give employees written notice of its plans and policies for collecting and storing employee fingerprint data. Fingerprints were allegedly collected when workers punched the clock each shift.

Woodard, who worked for Dylan’s from 2016 through 2018, is represented in the action by Peiffer Wolf Carr & Kane APLC, of St. Louis. The firm sued five other companies the same week in similar BIPA actions and has sued numerous others in Cook County Circuit Court in the months since.

In moving to dismiss, Dylan’s argued the Illinois Workers’ Compensation Act preempts BIPA; argued Woodard did not file his complaint on time; and also said his complaint did not sufficiently allege negligent or reckless BIPA violations, in that he didn’t show how he was damaged or allege the company was willful or wanton in its conduct.

Cook County Judge Anna Demacopoulos issued an opinion on November 20, saying the dispute is like many BIPA disputes. As such, she said Dylan’s faces a hard road to dismissal because it must contend with the Illinois Supreme Court’s 2019 decision in Rosenbach v. Six Flags Entertainment Corporation, in which the justices decided plaintiffs do not need to demonstrate they were ever actually harmed when suing under the Illinois BIPA law.

“Dylan’s arguments, while well-reasoned, are simply wrong given the explicit holding” in Rosenbach, wrote Demacopoulos. “The use of the terms ‘negligent,’ ‘intentional,’ and ‘reckless’ are standards of culpability for determining damages. The Illinois Supreme Court has made it clear that a plaintiff need not plead facts or elements showing negligence, or reckless or intentional acts in violation of BIPA to be entitled to seek the liquidated damages” the law allows.

Under the BIPA law, plaintiffs can secure damages of $1,000 to $5,000 per violation, with each violation potentially defined as each time a fingerprint or other biometric identifier is scanned. In this case, that could amount to each time any Dylan’s worker used the fingerprint scanner to punch in or out of a work shift, or at least 2-4 violations per worker per day.

Finding Woodard met minimum pleading standards, Demacopoulos turned to the issue of whether Woodard’s allegations constitute a claim for a workplace injury that should instead be brought under the Illinois Workers’ Compensation Act. Woodard argued a privacy injury is different from psychological injuries that would fall under worker compensation. He also said BIPA explicitly defines the written release requirement to cover documents needed as a condition of employment, and noted that Rosenbach involved a Six Flags customer, not an employee.

Demacopoulos agreed with Woodard, saying the injury was not “the mere collection of the data,” but included how Dylan’s handled the data and that it required workers to give the company the information to get and hold a job.

“A condition of employment can never be an injury within the line of duty of employment because it precedes the actual term of employment,” Demacopoulos wrote. “Dylan’s may disagree with how this court and other Illinois trial courts have decided this issue of first impression, but that is not a persuasive reason for the court to change its reasoning or ruling.”

Dylan’s said BIPA violations are subject to a two-year statutory limitation under state law and that Woodard’s claim was expired, since his claim began when he applied for the job in 2016. Demacopoulos agreed with the company’s position on the two-year limit, but said Woodard appropriately argued BIPA is a remedial statute, not penal, giving him five years.

“BIPA creates a statutory course of action, but not a statutory penalty,” Demacopoulos wrote. “Just because liquidated damages are an option for the plaintiff does not render the statute penal in nature.”

Further, Demacopoulos said, even though Woodard’s complaint is timely under that reasoning, the allegation constitutes a continuing injury that does not stop until Dylan’s adopts BIPA-compliant policies.

Woodard scanned his fingerprint while working through 2018, so the earliest date that could be considered the start of his statutory period was his last day on the job.

Peiffer Wolf Carr & Kane represents employees and consumers in class action lawsuits against businesses and corporations around the world that improperly utilize biometric data technologies. If your employer is collecting biometric data, you may have a case. Please contact the Employee Rights lawyers at Peiffer Wolf Carr & Kane by filling out an online contact form or by calling 314-833-4825 for a FREE Consultation.